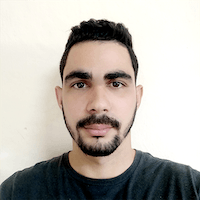 Virtual environment are mechanisms used in python to isolate all the environments you could have in your PC. Then, dependencies you have in them doesn't have collisions between them.

Others platforms like Node install all their dependencies (packages) in a folder relative to the project (node_modules) where them are being used. In that way, any dependence have collisions with, maybe, the same dependence but different version in other project. Now imagine that all the dependencies in Node are globals, it's highly probable that you will have the same dependence with different version in two or more projects since even the most simple project with Node have thousands of packages.

With python happens the same, except that every package is installed "globally". If you try to install the same package, only the latest version will be available since it override the others one.

To solve this problem, guess... yeah, you need a virtual environment!

I'll cover three ways to create virtual environments in windows. (The last one is which I use and prefer)

Every virtual environment created will be a copy of your global installation and will have the python binaries and all the packages previously installed.

This is a built-in way to create virtual environments available since python 3.3. Nothing more than python is required.

After type the above line in a console and execute it, a new folder called myenv will be created in the same directory where it was executed. You can name you virtual environment folder as you want. Common names are: venv or env

Activate the env in windows

To activate the environment in the cmd console run:

To activate the environment in PowerShell run:

Activate the env in Posix platforms

Remember that all these path starting with myenv is because that is the name we choose. It depends on the name you choose!

After the activation, we'll know it's activate because in the console the name of the environment will be appear between parenthesis:

This is a third party package to create virtual environments and it works very similar to python -m venv. Before use it, we need to install it!

Now it's installed, we can check it out by running virtualenv --version. But, how can we create new environments? Easy! 😁

The environment is created, to activate it you can do exactly the same of you did if you use python -m venv above (myenv\Scripts\activate)

Note: "myenv" is just the name I choose but you can name your environments as you want!

You can find the docs of virtualenv here.

This is my favorite way to create and use my environments since I use Windows 10 😎. It use a very straightforward way to use environments. Under the hood, it uses virtualenv but provides some scripts to create, activate and delete environments that make easier our life.

It works only in windows, all windows distributions are supported, well which you must use, or you use Windows 95 🤓. It's supported from Windows XP to Windows 10! As a third party package, we need to install it.

Pip will take care of their dependencies (virtualenv) for us, as it always do 😊.

Automatically it will activate the new environment. But if you want to activate yourself later, just run:

Note: Again, "venv" is the name I had been using in the whole post, but you can name it as you wish. In real world app, probably you will prefer a more descriptive name

You can find the docs of virtualenvwrapper-win here.

Well, deactivate the environment, whatever way you're using, it's the same. Just run: deactivate. Yeah, that easy!

Just delete the folder of the environment, nothing more 😏.